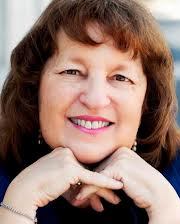 Sara Louise Lazarus is an Award-Winning Director, having received both a MAC Award and two Bistro Awards, the most recent in 2018 for her direction of the original musical revue It Helps To Sing About It, and in 2020 the “Best Show” award from BroadwayWorld for Carried Away: The Lyrics of Comden and Green. In New York, she directed Ludlow Ladd with Kristin Chenoweth, Tovah Out Of Her Mind starring Tovah Feldshuh, Sam Shepard’s Cowboys and Icarus’ Mother, the world premiere of Terrence McNally and Skip Kennon’s Plaisir D’Amour, and the American premiere of James Saunders’ Birdsong. Sara co-wrote and directed The 1959 Broadway Songbook for Lyrics and Lyricists, which later played off-Broadway at 59E59. Additional NY credits include Babes In Arms at Avery Fisher Hall; The Music Of Alex Rybeck and  Remember Me: The Songs of Edward Kleban, both at 54 Below, and Karen Akers’ Water Under The Bridge at Birdland. She staged two Harvard Hasty Pudding Shows, She Loves Me at Yale featuring Melissa Errico, Ernest In Love with Jimmy Smits, and Starting Here, Starting Now with Carolee Carmello. She taught and directed at Paper Mill Playhouse’s Conservatory, and co-founded Paper Mill Prep, where in 2019 she helped create the Musical Theatre Common Prescreen. Sara is known for her collaborations with singer Jeff Harnar and musical director/arranger Alex Rybeck.  The team has created eight shows that have played all over the country and world, with recent revivals at Birdland in NYC.  She has staged many shows for lyricist Michael Colby, and will be directing his musical revue, Other Lives, at Urban Stages in Dec 2022. Sara has taught workshops for Yale, Harvard and Penn State, as well as Master Classes in Los Angeles produced by ASCAP. She teaches professional musical audition and cabaret classes in NYC. Her students have appeared on Broadway in leading roles in The Ferryman, My Fair Lady, King Kong, TINA, Wicked, Bette Midler’s Hello, Dolly, Book of Mormon, School Of Rock, Tuck Everlasting, The Scottsboro Boys, Ragtime and on TV in The Blacklist, Bull, Better Call Saul, Smash, Glee and many more. As an actress Sara was seen on Broadway in Show Me Where The Good Times Are and A Christmas Carol.  She toured as Nanette in No, No Nanette with Helen Gallagher, Chava in Fiddler On The Roof with Theodore Bikel, and Young Sally in Stephen Sondheim’s Follies with Robert Alda, Vivian Blaine and Julie Wilson.  Sara is a graduate of Northwestern University and has a Certificate in Acting from RADA.  She is a member of the Society of Stage Directors and Choreographers, Actors Equity Association, and the League of Professional Theatre Women.  Over the last twenty years Sara has developed Circle’s Musical Theatre program, and was instrumental in creating the Circle/Eckerd BFA. 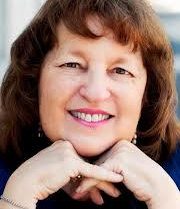 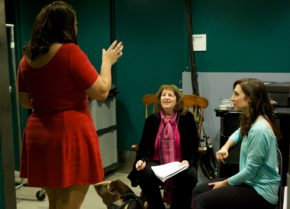