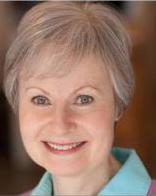 teacher, producer, director, dramaturge, performer, is passionately committed to the creative art of storytelling through the in-depth exploration of the actor’s relationship to text, both dramatic and musical. At Kimberly Vaughn Performance Studio she teaches ongoing classes in musical performance audition technique, monologue and scene script interpretation, and conducts master classes with industry leaders. She also coaches privately for stage, film and cabaret. Her clients are working on and off Broadway, regionally, and in television and film. She has taught at the legendary Warren Robertson Acting Studio in New York. Kimberly served as an Associate Producer of the Tony Award nominated Broadway musical play Marlene. Prior to that she developed and introduced the Broadway musical Swinging on a Star, nominated for Tony’s coveted Best Musical Award. Among other projects she has introduced to audiences are Hauptman starring Denis O’Hare at the Cherry Lane Theatre and The Cover of Life at The American Place Theatre. She has directed Edward J. Moore’s Drama Desk award winning play The Sea Horse and Ronald G. Paolillo’s play The Lost Boy, (also dramaturge) which she has optioned for production and directed in the fall of 2005. She acts as dramaturge to several other playwrights. Kimberly has performed leading roles on Broadway, Dear Oscar, and in star packages including Harvey with Shirley Booth and Tom Poston, Applause with Dorothy Collins and The Member of the Wedding with Ethel Waters. Miss Vaughn is a member of The League of American Theatres and Producers, Inc. and The League of Professional Theatre Women (former Board member).