Erica was born and raised in New Orleans, LA. Growing up in such a creatively stimulating environment is one of her original inspirations to explore acting. After leaving her hometown, Erica began a career as model, working for various print, runway and commercial clients in the US and abroad. She has an undergraduate degree from New York University. Erica’s journey at  Circle has been a priceless learning experience. She feels hopeful for a well-rounded career in theater, film and television. Erica also enjoys live jazz, travel adventures and research in diversity awareness and inclusion issues, specifically in corporate, academic and performing art environments.

Back to: Meet the Class 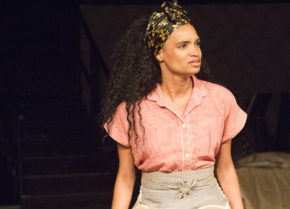