is a movement teacher trained to teach the Physical Acting methodology developed at Circle in the Square Theatre School and the Juilliard Drama Division by Moni Yakim. Danyon teaches year-long movement courses at Circle in the Square Theatre School, the Neighborhood Playhouse, and HB Studio’s Hagen Core Training Program. Danyon is also a contributing teacher at Juilliard and Middlebury College.
As an actor, Danyon has performed in classical, contemporary, and experimental plays across the U.S. and in Europe. Notably, Danyon played the role of Paul in the Guthrie Theater’s 2003 revival of Six Degrees of Separation, directed by Ethan McSweeny; Danyon also created the role of Wilson in Charles Mee’s obrauschenbergamerica with the SITI Company. Most recently, Danyon played the role of Dusabi in the U.S. premiere of Ken Urban’s Sense of an Ending at 59E59th St.
As a director, Danyon has worked closely with Tony Award-winning director/ choreographer, Bill T. Jones, in the development of commercial theater work. Danyon has also directed productions for Circle in the Square Theatre’s series for young audiences. One of Danyon’s proudest directing experiences was assisting David Esbjornson in staging the world-premiere of Resurrection Blues, one of Arthur Miller’s final plays. www.danyondavis.com

“The Physical Acting methodology imparts a universal technique that enables each actor to be natural in any style in which he or she may be called upon to work. Physical Acting focuses on helping the actor to cultivate a strong connection the breath and the instinctive and emotional impulses centered in the gut. Physical Acting helps to make sure that each actor’s artistic choices are clearly seen, heard, and understood on stage.” 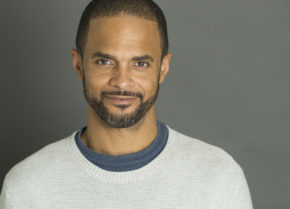