A director, actress and teacher, Andrea has worked professionally in the theatre for over twenty years. She is a founding member of Shakespeare & Company (in Lenox, Mass.) and has acted, directed, vocal coached the equity productions, and taught in the company workshops. She is the vocal coach for the Labyrinth Theater and a member of the Holderness Group.

As a voice teacher trained by Kristin Linklater, Andrea is also currently on the faculty at Yale School of Drama, Columbia University School of the Arts, and Circle in the Square Theater School. She has also been on faculty at The New Actor’s Workshop, NYU Tisch School of the Arts and Dartmouth College.

Andrea is the Associate Director of The Linklater Center. As Coordinator of Teacher Training for the Linklater Community, she has been responsible for the training of over seventy voice teachers in the Linklater Technique. For information on Andrea’s Monday night Linklater Voice Technique class here at Circle, please check out our Evening Classes page. Andrea graduated with a BA from Smith College. 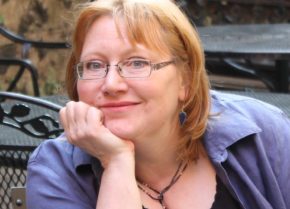